Reese Witherspoon is one of those actresses that we recognize, both on and off of the screen. She has been a star for over two decades and we may recognize her for her roles, such as those on “Legally Blonde” or “Walk the Line.” She not only caught our eye because of her acting ability, she also caught the eye of an agent for actors, Jim Toth. In fact, she caught his eye so much that he gave her an impressive engagement ring.

It was a traditional proposal but there was a lot of style that went alone with the selection of this engagement ring. The ring itself was worth a quarter million dollars and designed by William Goldberg. The 4-carat diamond is considered to be extremely rare. After the engagement and the presentation of such a fantastic ring, the two were married in 2011 and remain married down to this day. 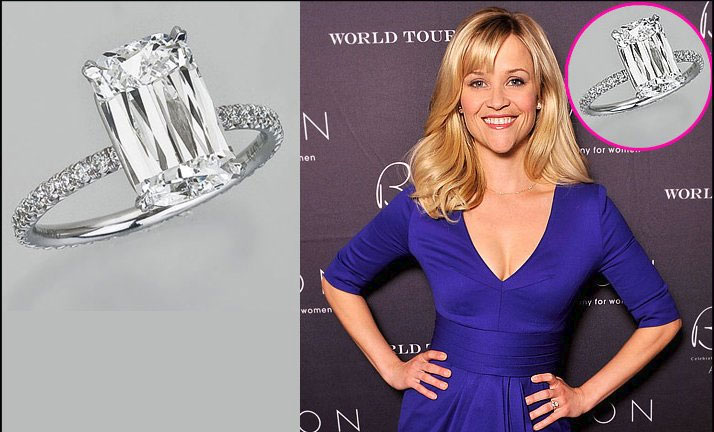 Prev2 of 21Next
Prev Article